After finishing his Master's thesis about machine learning methods applied to the discrimination between atrial fibrillation (AFib) and regular atrial arrhythmias including atrial flutter (AFlu), Felix Bernhardt started in January to work as a PhD student in our working group and continues to do research in the intersection of machine learning and optimization applied to medical applications. Later on in 2019, Alexander Ryzhkov and Anna Gebhard joined our group as PhD students. Alexander has research interests in global optimization, in particular lifted Newton approaches, while Anna works on mathematical modeling and optimization of acute myeloid, resepctively lymphoblastic, leukaemia.

Emily Speakman accepted an assistant professor position at the University of Colorado, Denver so that she left the work group after roughly two successful years as a PostDoc.

At the beginning of the year our group retreat to Garmisch-Partenkirchen took place. We spent a week in the cute alpine town, where we found time for skiing and snowboarding but also had the opportunity to discuss different research questions in project work. 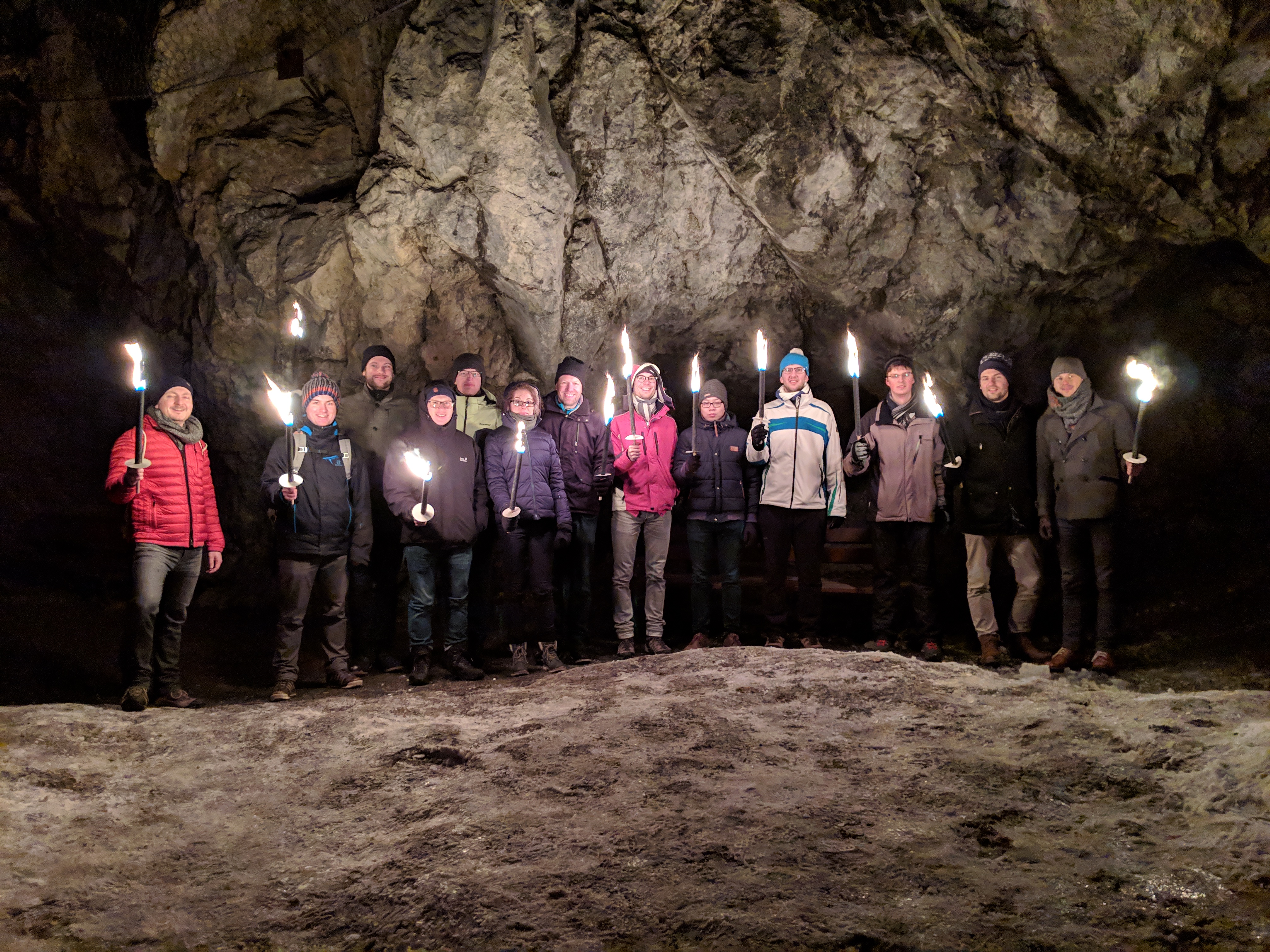 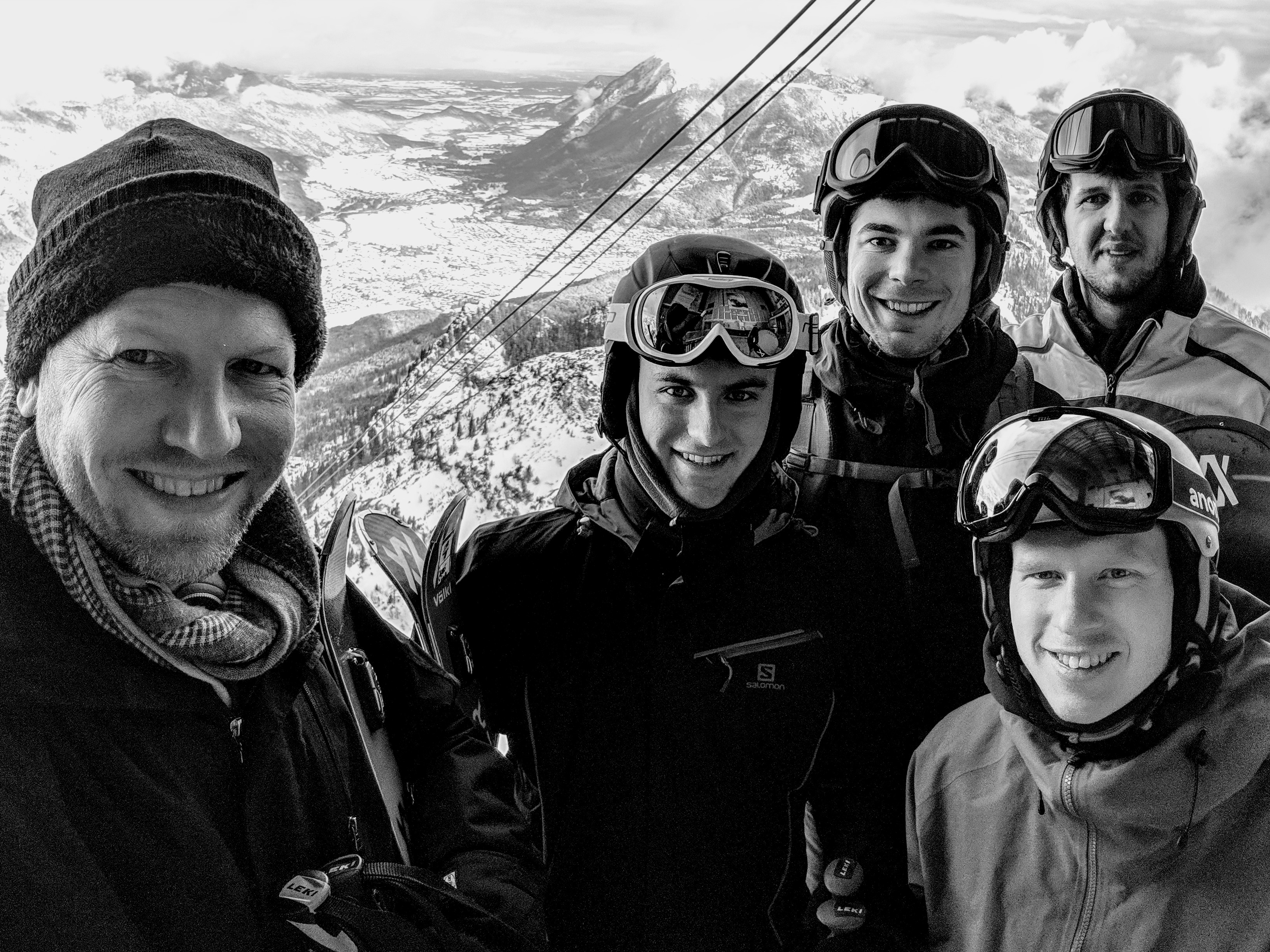 In October we had an opening party for the new common room G02-210, combined with an "Mathenachtstraum 2019" event. The room has been completed after a long planning and implementation phase and is designed to fulfil various functions. As a meeting, break and conference room for all staff of the faculty, as a meeting room for, among others, the faculty council and also as a lecture room for special events. As part of the "Mathenachtstraum 2019" the filmmaker and mathematician Ekaterina Eremenko presented her latest film "Head Heart and Soul" which is - roughly speaking - about modern math lectures interpreted by modern artists, here you can find a trailer. 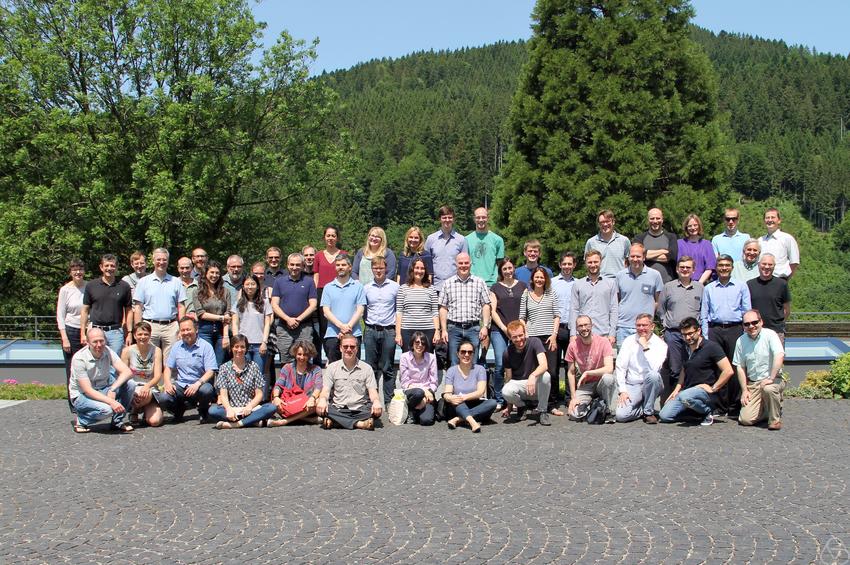 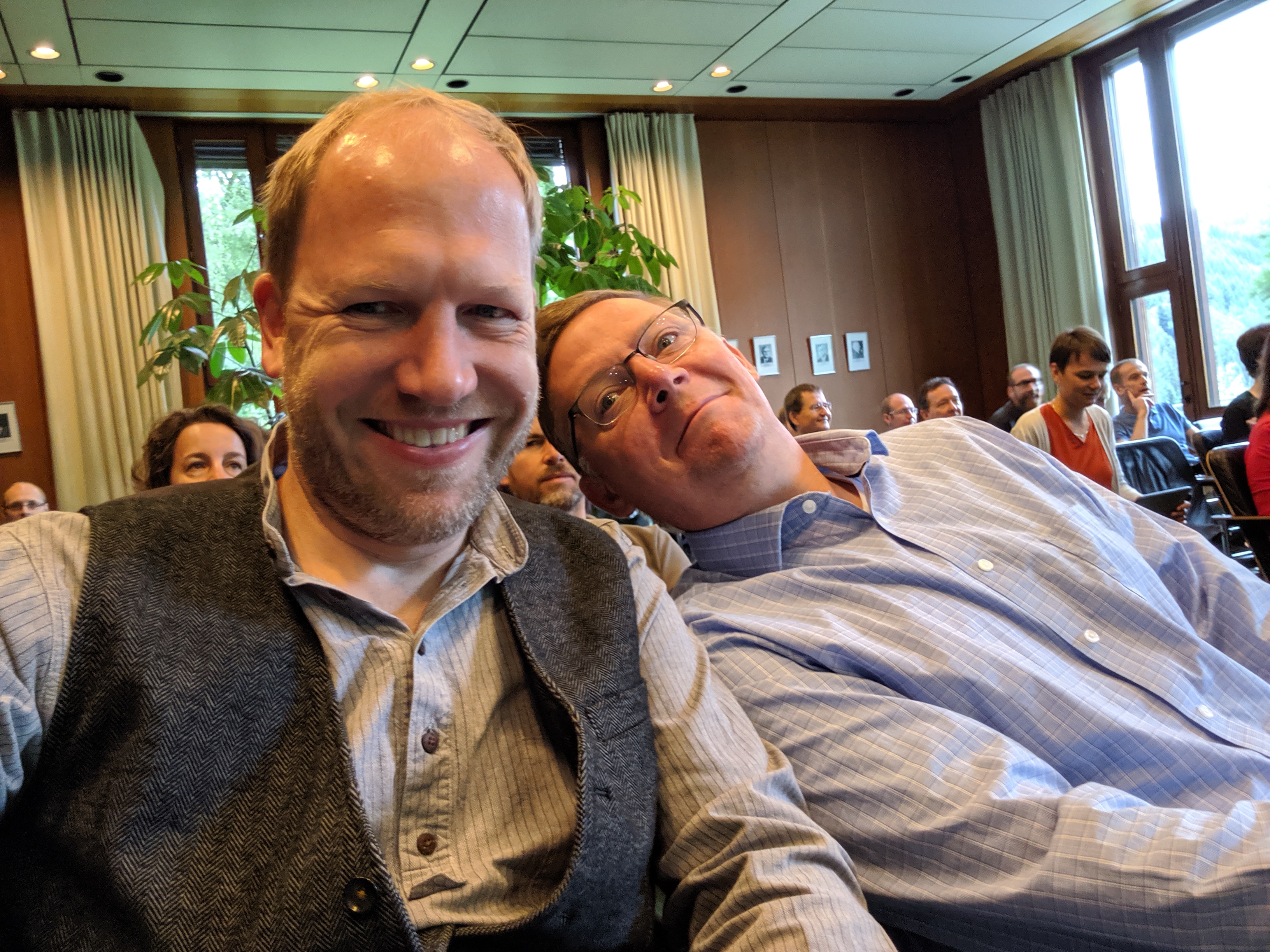 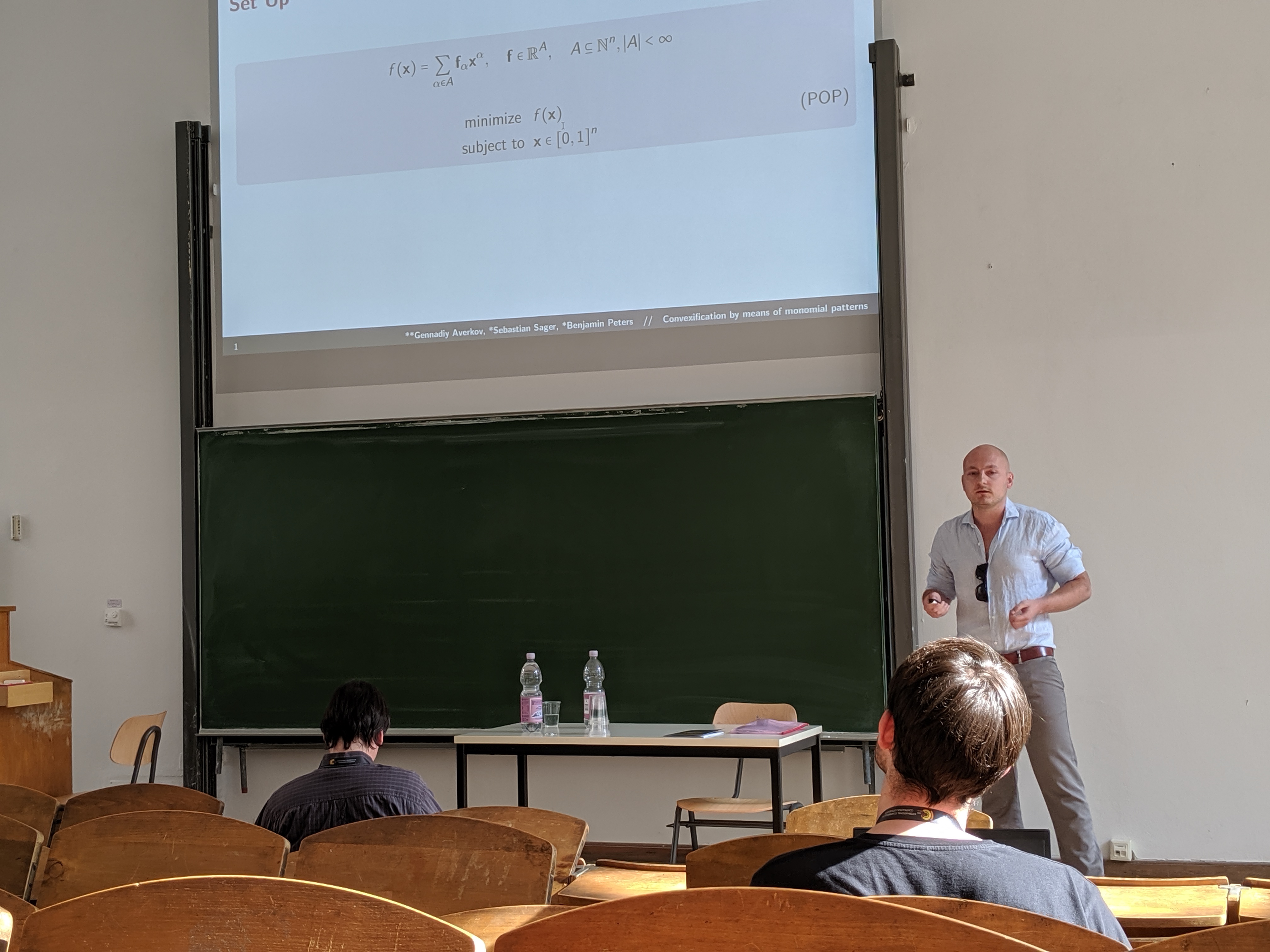 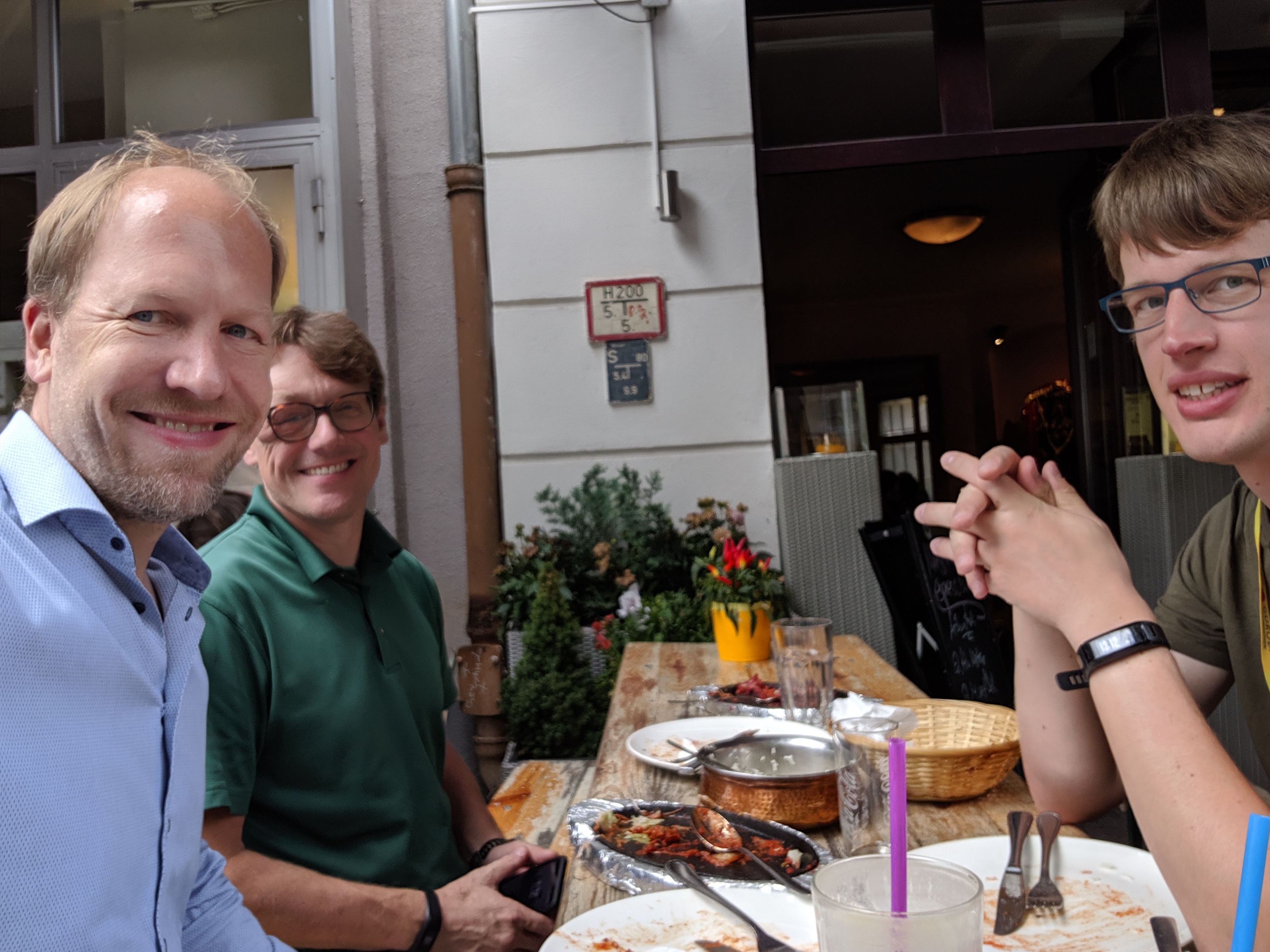