Sebastian defended his habilitation thesis On the Integration of Optimization Approaches for Mixed-Integer Nonlinear Optimal Control at the Faculty of Mathematics and Computer Science of the Universität Heidelberg that he already finished in 2011. Almost simultaneously, on April 1 of 2012, he started his new position as full professor at the Otto-von-Guericke Universität Magdeburg. With a little delay this could be celebrated at the event of his Antrittsvorlesung.

2012 was a happy year, as two members of our group found their way into the "safe haven of marriage". Lena and Mike got married on July 2nd in Alsbach-Hähnlein at the border of the famous Odenwald. Claudia and Tony got married on December 1st in the beautiful town of Speyer. 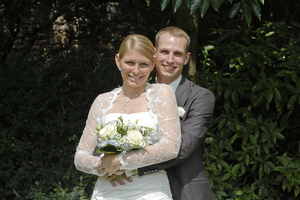 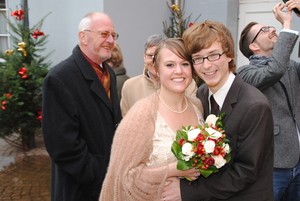 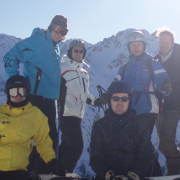 In January, the whole group went on an EMBOCON retreat in the beautiful Kleinwalsertal. Combining scientific exchange with inspiring skiing, we came back with a whole lot of new ideas, more insight, and motivation to continue our research in embedded optimization. Thus we definitely recommend a stay in the Marburger Haus which fortunately is open also to people without a link to Marburg University.

The main conferences of 2012 were without doubt the HPSC2012 in Hanoi, Vietnam, 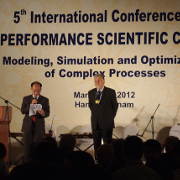 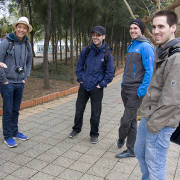 and the ISMP12 in Berlin, 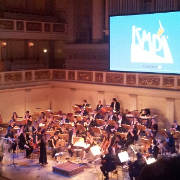 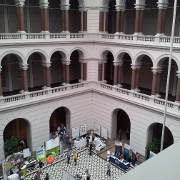 At both conferences the group participated actively with almost a dozen presentations.

We could publish our work in many articles.